The CONTEST HAS ENDED. The winner is Lisa!! Congratulations!!
KAREN: Naomi Bellina pens sinfully saucy tales. However, her Halloween treat is a story for everyone. A vampire barfly is about to meet her match in Treat or Trick. Enjoy!


***CONTEST:  Naomi's treat for one lucky winner to add to their goody bag is: an Ebook copy from her backlist. Winner's choice. Since her tales are a bit more naughty than nice, you must be 18yrs or older to enter. Read on and find out how you may be a winner. CONTEST ENDS OCT 25TH AT MIDNIGHT PST. Good Luck!

Treat or Trick
By Naomi Bellina

Adam blew a thick, perfect, double smoke ring, aware he had captured the attention of the gorgeous, dark-haired woman, at the far end of the bar.


"Pretty neat trick," she finally acknowledged. "Got any more?"


Adam smiled. If she only knew.
"I do. Why don't you come over here and I'll show you?"
"I have a better idea. Why don't we go outside and I'll show you one of mine?"
Adam considered. She didn't look like a call-girl, more like a vampire wanna-be, dressed up for the Halloween festivities, but one never knew these days. Something about her intrigued Adam nonetheless, so he followed her outside.
"This way."  She led him out of the parking lot, down a dark path, to a clearing in the woods that surrounded the establishment. A full moon lit their way, and a bit of frost glimmered on the leaves.
"My name is Morgan. Come closer. I don't frighten you, do I?"
Anyone in their right mind would have been afraid of the sultry woman with the big, green eyes. If he didn't have the power he did, Adam would have been long gone. As it was, he found her posturing amusing and something about her energy most interesting.
More than likely, she had a knife, maybe a gun. Either way, he would have no problem taking a weapon from her, then teaching her a lesson. People who preyed on the innocent pissed him off. This one, more than likely, used her beauty to lure men to a remote spot, then robbed them.
Let's see how she enjoyed being tied to a tree for a few hours. Adam smiled and fingered the cord around his magician's cape. He knew this hot, scratchy costume was good for something.
"So, let's see this trick you promised me," he said.
She strolled towards him, and Adam let her get close, almost touching. Suddenly, a glint of fang flashed, and before he knew it, her teeth were at his throat.
Damn! He'd let his guard down, and almost been bitten. That's why her energy was unusual. She was a real vampire.
With a push of power, he sent her stumbling back before she could make contact. She growled, and came at him again. He leapt to the side, narrowly avoiding her.
She smiled, a feral, hungry smile. "Well, well, you have a bit of power, don't you? I knew there was something different about you. You're going to taste delicious."
She attacked again, and Adam just managed to push her away. They continued sparring for several more minutes, scattering the musty leaves and tearing up the grass in the clearing.
"Wait." Adam stepped far away from her, and held up a hand. "Neither of us is going to win. I'd say we're evenly matched. Do you want to do this all night?"
"I could." Morgan stood with her hands on her hips, fangs barred.
"Or, we could have a little fun. It is Halloween, you know."
She narrowed her eyes. "What kind of fun?"
"Do you like to dance?"
"What? You want to dance with me?"
"Sure. The band at the bar is going to start soon, and that bartender makes a mean Bloody Mary. We can have a few drinks, do a little dancing, check out the crazy people all dressed up. Come on, even the living dead get to have fun once in awhile, right?"
Morgan's lips twitched, then she burst out laughing.
"What's your name, magic man?"
"It's Adam."
"You've got some nerve, Adam. I like that in a man. All right, I'll be your date tonight on one condition. You give me a taste of your blood at the stroke of midnight."
"Just a taste. You're not going to drain me dry."
"Just a taste." She held up her hand.  "I swear on my five husbands' graves."
Adam held out his arm, and she laid her hand on top.
"Maybe we'll win the contest for most authentic costumes. What do you think?"
As they made their way back along the path, she threw back her head and laughed again, the sound echoing through the woods.
The End

Contest:
I hope you enjoyed my short, scary tale. For my contest, please Like my Facebook page: http://www.facebook.com/NaomiBellinaAuthor and leave a comment in the post with your email to enter to win your choice of Ebook from my backlist. That's anything except Creatures of the Night.  CONTEST ENDS: October 25th. Have a happy, spooky, Halloween!

Blurb for Creatures of the Night:
Assuming he is the recipient of a large inheritance and fed up with the rat race of the city, Kyle quits his day job and moves to the small town of Hollister to live in his deceased aunt's home. He is, however, unable to locate the money he thought was his, and his search leads him to the local library where he meets Maya, a charming librarian with a secret. Their quest to remove an old curse leads them to a family of witches, one of them a wild spirit who has been lured away by her dark and fiery lover and kidnapped. A daring plan to rescue Sasha puts Maya in danger and allows Kyle to use his role as a hot-shot lawyer to help. Can they accomplish their mission safely, solve the mystery of the missing money, and open their hearts to love?

Her interests include dancing, hula-hooping, drumming, and creating healthy meals. She takes the opportunity to play, have fun, and indulge in the pursuit of passion whenever possible. She hopes you enjoy her stories and would love to hear from you at naomibellina(at)live(dot)com. Visit her website and chat on Facebook.

Her motto:Never pass up the opportunity to have an adventure!
Posted by Karen Michelle Nutt at 12:00 AM

Thanks you so much for being with us for Wicked Haunt-o-ween and sharing your Halloween story with us. :)

Thank you for having me here today. I've enjoyed all the posts so far, and it's getting me in the mood for a spooky Halloween.

Liked you. Cute story and the book looks great! Thanks for the chance to win! lisarayns(at)gmail(dot)com

Thank you Nightingale and Lisa. Yes indeed, naughty can be nice! Glad you guys enjoyed the story.

Hi! Happy Halloween! Thanks for sharing! Your story sounds so good! Loving the cover! Thanks!
shadowluvs2read(at)gmail(dot)com

Happy Halloween. Enjoyed the story, like the sound of your book!
skpetal at hotmail dot com

Thanks for the short story, Naomi.

Hello Shadow, and welcome Jean and Danyel. Thank you so much for your comments!

Loved your short Halloween story--like a little treat for the holiday. LOL I wish you all the best.

Hello PC and Sarah, happy to help you get in the Halloween mood.

Really liked your short story and your book sounds good.
Sue B
katsrus(at)gmail(dot)com

Thank you, Sue B. Good luck in the contest.

Never pass up the opportunity to have an adventure! What a great way to live. Thanks for the short.

A big thank you, Dusty Katt!

Thanks so much for all the great comments, and thanks Karen for having me here. My contest winner is Lisa Rayns. Congrats to you! 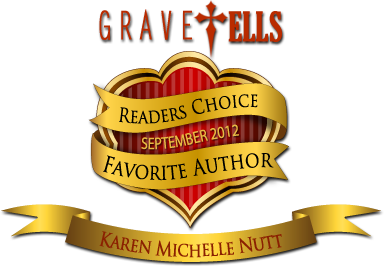