Karen: What's your reading fancy? Mystery, suspense, fantasy, horror, westerns or a good paranormal, Troy D. Smith is a master storyteller of every genre. His westerns are gritty, depicting the true reality of life in the old west. His paranormal and fantasy tales breathe life into the old legends and his historical tales transport you back in time. His new crime story of revenge is a must read  thriller.

Let's give him a warm welcome! Please feel free to enjoy the excerpts. If you would like, leave a comment or ask a question. Troy would love to hear from the  readers. What's your favorite genre? 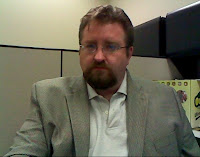 Troy D. Smith was born in the Upper Cumberland region of Tennessee in 1968. He has waxed floors, moved furniture, been a lay preacher, and taught high school and college. He writes in a variety of genres, achieving his earliest successes with westerns -his first published short story appeared in 1995 in Louis L'Amour Western Magazine, and he won the Spur Award in 2001 for the novel Bound for the Promise-Land (being a finalist on two other occasions.) He is currently teaching American history at Tennessee Tech.
Website: http://www.troyduanesmith.com/index.html


Roy Carpenter, harmonica-playing bluesman in 1957 Nashville, knows great music when he hears it. He also knows a dangerous woman when he looks at her . . . and finds her looking back. Beautiful Sallymae has a brutal husband--just the sort of guy to end up dead, with Roy taking the fall. Prize-winning western writer Troy Smith turns to the crime novel with dazzling results. A tough, passionate, honestly written tale. "One of the best crime novels I've read recently!" -James Reasoner.

An investigative reporter gets on the wrong side of a mobster and pays the ultimate price. Believed dead, he seeks revenge in the only way left to him –by going after the only person his enemy loves. 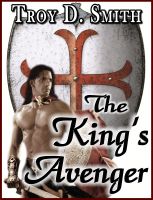 Conor MacCormac is not only the most honored warrior of Connacht, he is the king’s closest friend. When his leader is murdered at the High-King’s Fair, it is up to Conor to find the killer.

The king had no shortage of enemies –but which one is guilty? And what price must Conor pay to find the answer?

Conor MacCormac, the new King of Connacht, had not wanted a Christian church in his territory, but the High-King – a new convert – had insisted. Now the priests have been slaughtered by raiders from the northlands – or so it seems.

Conor must unravel the mystery, and he fears the truth may rock the Emerald Isle…


All That We See or Seem 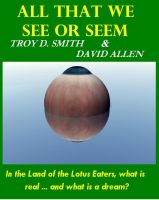 Will Shaw wanted a better life. A parenting license, maybe a physical upgrade for his wife. But he has a nasty habit of asking too many questions, an infamous radical brother, and a directive from the Committee of Programmers to report to The Marches—where reality and sanity blur, and which few return from. Shaw discovers the government’s shocking secrets, but it is Robert Jenkins, the agent assigned to watch over him, who must face the consequences. Both men learn that nothing in their world is what they thought it was…


The passengers and crew of the generational ship Thoreau are finally nearing the end of their centuries-long journey to colonize the uninhabited Gordon's Planet. It will be a new beginning, an opportunity to avoid the mistakes of their ancestors who ravaged Earth.

There's only one problem. Gordon's Planet isn't uninhabited after all. And its indigenous people do not wish to be colonized...

The halfling Jod Gleefellow had not expected to find adventure in the Dark Wood; he had only hoped to find a rabbit for his supper. He had certainly not expected to find an Elven maiden, imprisoned for centuries by an evil sorceror. Jod beheld the bones of the many champions who had sought to free the beautiful Elf from her amber prison -and they'd come there on purpose!

“Well, Jod, old fellow.” he said softly to himself. “You've certainly got yourself into it now.”


Nikki was a scared little halfling girl, and the Dark Wood was the last place she wanted to be -but her pet squirrel had run into the mysterious forest, and she had to find him. But -what if some wicked creature or other was lurking just out of sight? Nikki thought back on all the stories she had heard about the Dark Wood. It was a haunted place, everyone said, an eerie thing with a thousand living eyes, which mysteriously sucked up all who entered it.

Nikki did not want to be sucked up. She only wanted to find her squirrel.

But the trees were watching...
HORROR 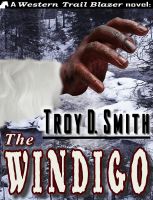 Prospectors lost in the North woods during a cold, desolate winter are on the verge of starving. With no game, no supplies, and no idea of which way to travel, they are desperate. Two men leave to seek food and shelter to save the small group, but never return. Then an eerie howling that raises the hackles of even the bravest among them travels on the cold wind.

Could it be the Windigo?

The People in Yonder 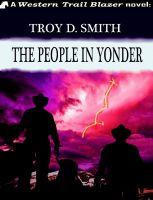 Two mountain men, Harry and Joe, stand before a strange phenomenon they found on the grassy plains-an aperture, a jagged hole in the sky. Is it an opening into another, evil dimension? The strange opening swirls with wild colors, and there are shadowy, demonic figures inside. One man is frightened, but one is mesmerized. And what does this have to do with the Battle of the Little Big Horn? 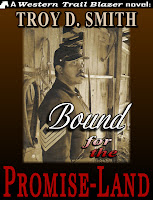 "Freedom is not a place you run to…Freedom is a place in your soul." These words sum up the life long quest of ex-slave Alfred Mann as he pursues the dream of equality in a world not of his making. From fugitive to Medal of Honor winner, Mann carries on to rise above the ignorance and intolerance of those who seek to bring him down; somehow gaining strength from the unimaginable losses he suffers and his own self doubt. 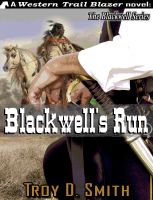 A series of short stories I've written about the Blackwell family (some of whose members also show up in my full-length novels from time to time.) The series is my attempt to look at a broad range of Old West settings and events through the experiences of a single family, in a short story format which allows the reader to get immediately into the action. I plan many more stories in this series, and look forward to revisiting the Blackwell brothers often. 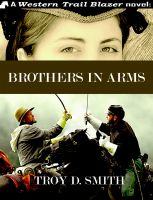 
The larger war is over —the family war has only begun. Fate draws three brothers together again. A daring robbery, a bloody shootout, and a desperate trek in Indian Territory are just the beginning. Wade Qualls comes home—death and hell riding his coattails. Sam prepares to make his stand, his eye on a higher duty.


Who will have the younger brother Tim's loyalty, and Violet's love? 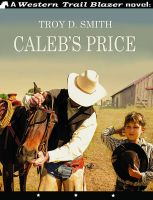 Cattle vs. Sheep...  Grazers vs. Squatters... Life vs. Death...
Joey, a nine-year-old orphan, leads a lonely existence. His uncle and aunt have an impending range war on their hands and don't take much notice of him. Then a mysterious stranger named Caleb enters his life. Caleb, a gunman who is in turn tender and brutal, has a deadly secret.

Will he save the downtrodden settlers, or destroy them?

You can buy Troy's books at: Smashwords:http://www.smashwords.com/books/search/troy%20d%20smith/
Amazon: http://www.amazon.com/Troy-D.-Smith/e/B004G7QU7A
Troy, Thanks so much for letting me showcase your books. I wish you the very best and I look forward to reading what you have next.
Posted by Karen Michelle Nutt at 12:01 AM

Holy smoke, what must go on in that man's mind! Makes me wonder now about every floor waxer I notice. (Way to go, Troy!)

Ron-you really never do know about those floor waxers!

You sure do have a variety. I like westerns the best. I'll have to check them out. :)

I like the book covers, too. Do you have a favorite?

Cathy- ha, that's almost like asking someone to pick their favorite kid :-). I've been very lucky to have some talented cover designers. The "People in Yonder" cover was a finalist for an award last year; the Cross Road Blues cover was an original painting made for the book; the Bound for the Promise-Land cover model is a good friend of mine who has since passed away; and several of my covers were designed by one Karen Michelle Nutt (I think "BLACKWELL'S RUN" is my favorite by her, but it's close.)

What a banquet of books! I thought I'd buzz by but ended up reading the whole post. LOL. And my bread needed to come out of the oven. Extra crust, anyone?

Many thanks to KMN for having me here, and to you nice folks for making me feel welcome. Fresh bread, even.

I enjoyed reading your excerpts and loved that you write in the genres I am so fond of reading. I particularly loved Mister Tree. What an amazing story that must be. What was your inspiration for it?
How did you become so interested in writing and in so many genres? Does your experience as a history teacher help in writing suspense and horror? If so, how?
Congratulations on your award and nominations. I found your blog filled with exciting books as well as little factoids about your life.
I wish you every success.