Angela Raines, author of Duty, which is featured in Hot Western Nights, is here to chat with us today. Grab your favorite drink, and read on.

Karen: What hidden talent do you possess outside of writing... something you do for fun, but are good at?

Angela: I have worked as a professional actor and musician. I love being in front of an audience. 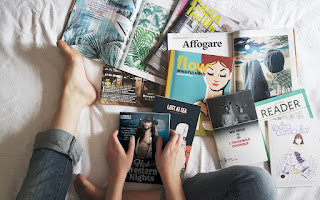 Karen: Your are a multi-talented woman! What are you working on now?

Angela: For over seven years I’ve been researching and writing a book on the women doctors in Colorado prior to 1900. I’ve done articles and papers on the subject also. As for fiction, I’ve a fiction book about a man in Cripple Creek during the 1894 labor strike and another with a women doctor in the Wet Mountain area of Colorado.

Karen: Have you ever been to a Ghost Town? If so tell the readers your experience there. If not, where would you like to visit and why?

I have been to many ghost towns. Two of my favorites were Pie Plant in the Taylor Park area and Dyersville, on the west side of Boreas Pass near Breckenridge. When I visited Pie Plant years ago, there was an old trailer and the remains of an old mill for milling ores mined in that region. Also nearby there was Tin Cup, which has a history that I’m still mining for stories. (And yes that’s a pun)

Dyersville, was started and named for Father Dyer, and itinerant preacher who used to travel into the area. His son was a judge and killed in the Lake County War. When I was there, the site still had old cabins standing and a camping site nearby.

Karen: Tell the readers where they can find you.

Angela: You can find me on the website angelaraines.net when construction on the site is finished. You can also contact me at angelarainesauthor at gmail dot com. My books are listed on my Amazon and Goodreads pages, along with additional information. Amazon  / Goodreads

Karen: Thank you so much for being here today. Readers please feel free to ask questions or leave a comment. Enjoy a excerpt of DUTY below.