The Haunting of Hillwood Farm by Kathryn Knight #RONEAwardNominee @k_knightbooks 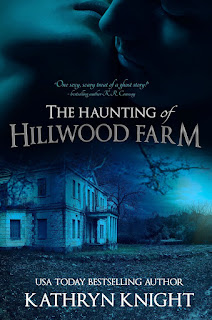 The Haunting of Hillwood Farm by Kathryn Knight is nominated for the RONE AWARD for best Paranormal - Short.

After tragedy strikes, Callie Sinclair is left with a gift she never wanted—the ability to communicate with ghosts. But when a desperate widow begs for her help, she reluctantly agrees to investigate the strange occurrences at Hillwood Farm. She quickly realizes she’s dealing with a dangerous presence beyond anything she’s ever experienced, and something else becomes equally clear—the only other living person in the house, Mrs. Turner’s handsome grandson, thinks she’s a scam artist. While she’d prefer to just ignore him, her heart beats a little faster every time he’s nearby.

Luke Turner doesn’t believe in spirits. He’s moved back to restore the family farm, but living on the property serves a dual purpose—he can watch out for his grandmother. He’s not happy about the sudden appearance of a self-described psychic, or his inexplicable attraction to her. His initial suspicions crumble as evidence points to an actual haunting, but he’s still determined not to fall for Callie—the past has taught him it’s best to avoid relationships.

As Callie is drawn deeper into the mystery, she becomes the target of a vengeful spirit, and Luke can no longer fight his feelings for her. Unable to resist their desire, passion ignites…even as the paranormal activity escalates to a final deadly confrontation.
Purchase your copy at: 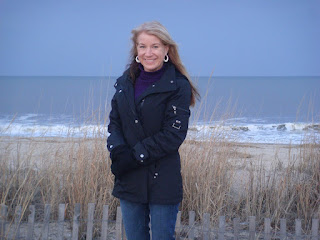 USA TODAY Bestselling Author Kathryn Knight writes books filled with passionate romance, dangerous secrets, and haunting mysteries. Her novels are award-winning #1 Amazon Bestsellers and RomCon Reader-Rated picks. When she's not reading or writing, Kathryn spends her time exploring abandoned places and searching for ghosts. She lives on beautiful Cape Cod with her husband, their two sons, and a number of rescued pets.

Magic of the Loch by Karen Michelle Nutt has been nominated for the 2019 RONE Awards for Audiobooks: Paranormal/Mystery

Voting for this category is


***Please note: You MUST be logged into vote.  Need to create an accout?  Click here.
A note for new subscribers: you also have to verify your account before you can log in and vote.

Michaela Grant travels to Scotland for a holiday, knowing this vacation is her last. A medical condition threatens her life and any chance of a future—until she meets Alan MacLachlin, a man forced to exist between two worlds.

Alan is the legendary Loch Ness Monster. Once every fifty years he returns to human form in search of his soul mate, the one woman who can break his curse. He believes he has found forever with Michaela, but to claim it he must figure out how to save her life.
Michaela and Alan vow to take what time has to offer, but another threat looms. A sinister shape shifter with a vendetta against Alan is making Loch Ness his personal hunting ground. Now he's threatening Michaela. Alan must discover who the shifter is and stop him before it's too late. 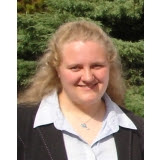 Heather McRae is looking for opportunities as a narrator. She is an experienced speaker with awards for recitals and prose and poetry.
Sample her work at ACX.

Heather and her husband breed pedigree Tiffanies and Asian Shorthairs in Central Scotland. Their breeding prefix, Cagaran, is registered with the UK GCCF (Governing Council of the Cat Fancy). The live on the edge of a village just outside the town of Falkirk, which is in the middle of the triangle between Edinburgh, Glasgow and Stirling. Karen Michelle Nutt resides in California with her husband. Though her three children are grown and starting their own adventures, she still has a houseful of demanding pets. Jack, her Chorkie, is her writing buddy and sits long hours with her at the computer.
When she's not time traveling, fighting outlaws, or otherworldly creatures, she creates pre-made book covers to order at Gillian's Book Covers, "Judge Your Book By Its Cover".
Whether your reading fancy is paranormal, time travel or contemporary romances all her stories capture the rich array of emotions that accompany the most fabulous human phenomena—falling in love. 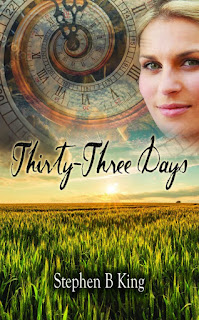 THIRTY-THREE DAYS by Stephen B King is nominated for the RONE AWARD for best Suspense/Thriller.

Please note: You MUST be logged into vote.  Need to create an accout?  Click here.
A note for new subscribers: you also have to verify your account before you can log in and vote.

Jenny is a lonely university lecturer who's consciousness has traveled back in time to her younger body to try to save the future of the world. A young microbiologist is going to release a genetically modified wheat that will mutate and ultimately destroy all plant life, leaving nothing but barren windswept dust bowls.

In the past, Jenny finds a love that has been missing from her life; the kind that comes just once in a lifetime. But Jenny can only stay in that time period for thirty-three days.
Meanwhile, in the future, fearful Jenny will fail, plans are made to send another back in time--an assassin. How can she choose between saving the man she loves or saving the future?

Purchase a copy at: Amazon 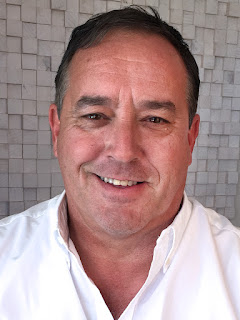 About the Author
All my life I wanted to write, and tell stories, but for most of it I made excuses not to do so, which makes me a late bloomer. I was, in my wild days, a rock guitarist, poet, songwriter, living the dream of sex, drugs and rock and roll, and gave it all up for love. Then, I was too busy raising children, renovating houses and working sixty plus hours a week to find time to write. I will always be grateful to my wife for buying me a laptop and telling me “no more excuses go and write that damn book,” when I pestered her once too often about an idea I had for a story. That was inspiration from a song by Leonard Cohen, Nevermind, which became my first book, Forever Night.

Sometimes, I think she regrets that now as book number ten is contracted and eleven is 45000 words in.
www.stephen-b-king.comtwitter @stephenBKing1Facebook: @stephenbkingauthor
Posted by Karen Michelle Nutt at 12:00 AM No comments:


Magic of the Loch is available at: