Have a Memorable Weekend @KMNbooks 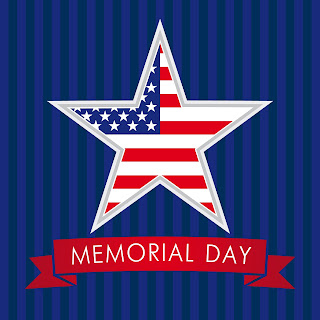 Memorial Day was originally called Decoration Day. It is a day of remembrance for those who have died in service of the United States of America.

On the first Decoration Day, General James Garfield made a speech at Arlington National Cemetery. There were over five thousand participants who decorated the graves of 20,000 Union and Confederate soldiers buried there.

In 1873, New York was the first state to officially recognize the holiday, but by 1890 all the northern states honored this day. The South, however, refused and chose another day to honor their dead, and this continued until after World War I when the holiday changed from honoring just those who died in the Civil War to honoring all who served and gave their lives for our country.

Many thanks to all those who have served.

Posted by Karen Michelle Nutt at 9:06 AM No comments: