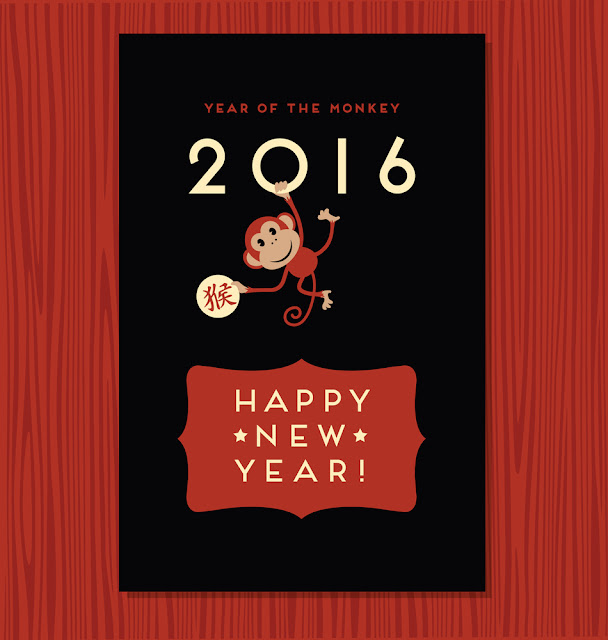 Posted by Karen Michelle Nutt at 11:42 PM No comments: 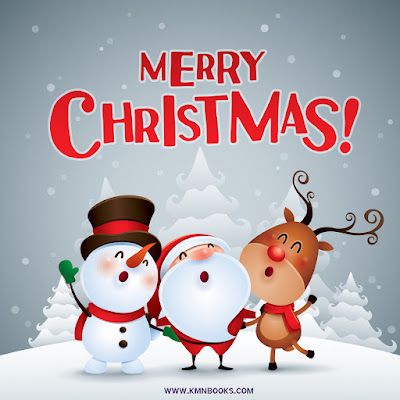 Posted by Karen Michelle Nutt at 10:05 PM No comments:

Dark and gritty with a splash of humor....
Stake and Dust is Book One in the Stake and Dust series, but the stories are standalone. There will never be a cliffhanger. :) Available at:
Ebook: Amazon / Amazon UK / Smashwords
About the Book:
Stake and Dust, (Stake and Dust series, Book I)

A Lamia, a sea creature worthy of John Keats' prose, teams up with a vampire with serial tendencies. When young promising artists are found dead, the Preternatural Bureau sends Cassandra Hayes to the Hamptons to help a fellow hunter track down this lethal duo. She's only spoken to Mr. Green once on the phone and when she meets him in person, he is not what she expects. His hunting skills are spot on, but there is something the man is hiding, and she's determined to find out what it is despite the attraction developing between them.

Tremayne Graystone, a vampire from one of the oldest septs, is not pleased when he finds a dead hunter left on the doorstep of his pub. He should have never answered the hunter's phone, but someone is trying to frame him and he wants answers. Surely he can masquerade as Mr. Green, the hunter Cassandra is supposed to meet, before she figures out his true identity and stakes him. She's a Hayes, from a long line of vampire hunters, and fraternizing with the enemy is simply not done, but as they work together and follow the clues, the lines become blurred when he falls for the hunter's charms.

**Read an Excerpt of Stake and Dust. About the Book:
Flowers and Fangs, Stake and Dust series, Book II
Derek Hayes and his family are preternatural hunters. Stake and dust is their motto, but Derek has a difficult time accepting his sworn duty when Sloane McBride, his ex-girlfriend from high school, is the one he's been sent to eliminate. Once infected from a Nosferatu bite, there is no turning back. Sloane has been bitten and she will eventually change.

It proves a race against time when Derek puts aside his core beliefs and teams up with Sloane. The Nosferatu wants Sloane for his own, Derek's brothers are hunting her, and every second brings Sloane closer to changing into the very fiend they want to kill.
Read an Excerpt of Flowers and Fangs.

For more of the Graystones, here's Adryanna and Bram's story...

Blurb:
The Oiche Sith, the blood drinkers, forged an alliance with the Lathe Sith, a neighboring daywalker clan.
The Oiche Sith would protect them from invaders in exchange that one female a year wed one of their warriors for the blooding ritual. Unfortunately, the female Lathe Sith never survives for very long.

Adryanna, a Lathe Sith, mourns the death of her recently mated sister, but she finds solace in the most unlikely place—in the arms of Bram, an Oiche Sith. She should fear him, loathe his existence, but instead she longs for their twilight embraces. Bram admires Adryanna’s strength and wishes only to protect her, even if it’s from him.

If Bram cannot find a way for Adryanna to survive the blooding ritual, the romance is doomed. They seek help from Sheerin, Bram’s cousin, who believes he’s found a way for the Lathe Sith to survive, but others in the Oiche Sith clan do not wish for them to succeed.

Bram and Adryanna are also featured in a short story, Abraham's UN-DEAD, which can be found in Myths, Legends, and Midnight Kisses. In Print: Amazon / Amazon UK / Barnes and Noble /Createspace/
Blurb:
Five complete sweet to sensual romances from five multi-talented authors in settings that are sure to warm the heart. There's a story for everyone from historical to contemporary. Let the magic of myths and legends sweep you away to where dreams of midnight kisses spark an unforgettable romance.

My story is: Abraham's UN-DEAD
Adryanna and Bram Graystone encounter the Cantwells, another vampyre couple, who question their motives when their actions spark a legend about angels and miracles. It all began when they saved Abraham, a young lad, who would later become the author of the UN-DEAD.

A knight...
A lady...
And a deadly dark secret...
A fiend dwells in the forest and Sir Liam Cantwell sets out to slay it. Only the fiend is a fair maiden named Glamis Drui. Will Liam fall prey to her deadly embrace or will his knightly charms be her undoing?

Available at: Audible US  / Audible UK

*****
Blurb:
No soul is safe…
A vampire from the Grim Sith sept is sucking the souls out of young women from the Boston area, but this sinister crime is far worse than a vampire seeking substance. He’s selling the souls to the highest bidder and it seems business is booming.

A vampire, a werewolf, and a Necromancer are a most unlikely team, but Garran, Harrison, and Isabella plan on putting a kink in the dubbed Soul Taker’s plans. It’s personal now. One of their friends has fallen victim to the Soul Taker’s charms, but to stop him from hurting anyone else, their efforts may involve raising the dead.

Got a favorite shifter?
Darrien is a Gryphon shifter that is sure to swoop in and make your day! The Gryphon and His Thief is a tale of mystery, reincarnation, and Greek mythology all rolled into one intriguing adventure where cursed artifacts could end your very existence. This tale will give paranormal fans what they're craving—one bloody good show!

The Gryphon & His Thief!
Some Treasures are Priceless…
A long time ago, a Gryphon shifter’s duty was to guard and protect the people of the tribes, but Darrien Andros failed to keep his human wife safe from harm. Cursed for the crime, he must guard everything in the Museum of Cursed Antiquities forever, never to truly live and never to die. Centuries have passed, but when he encounters a thief, who uncannily resembles his dead wife, he is convinced he has a second chance.

Calli Angelis is hired to steal back Hecate's Stone from the Museum, believing she would be returning it to its rightful owner. She never really trusted the person who hired her and now Darrien makes her doubt her motives, too. He also has her questioning the possibility of reincarnation when the attraction between them ignites into something she can no longer ignore.
As the two work together to unravel the mysteries behind the stone, it becomes apparent an old and dangerous enemy from Darrien’s past is determined to have history repeat itself.

eBook: Amazon / Amazon UK / ARe / OmniLit
Print: Amazon  / Amazon UK / Barnes and Noble /Createspace/
**Read an Excerpt of The Gryphon and His Thief

Travel to Scotland where the Loch Ness Monster lives and breathes...

Blurb
Michaela Grant travels to Scotland for a holiday, knowing this vacation is her last. A medical condition threatens her life and any chance of a future—until she meets Alan MacLachlin, a man forced to exist between two worlds.

Alan is the legendary Loch Ness Monster. Once every fifty years he returns to human form in search of his soul mate, the one woman who can break his curse. He believes he has found forever with Michaela, but to claim it he must figure out how to save her life.

Michaela and Alan vow to take what time has to offer, but another threat looms. A sinister shape shifter with a vendetta against Alan is making Loch Ness his personal hunting ground. Now he's threatening Michaela. Alan must discover who the shifter is and stop him before it's too late.
Are Hunky Rodeo Stars more your style? RODEO BLUES
Available at:
Ebook: Amazon / Amazon UK  / iBook / Smashwords /Nook /Kobo
In Print: Amazon / Amazon UK / Barnes and Noble /Createspace/
Blurb:
Eight Seconds to Lose the Girl…
One chance to win her back.
Tye Casper, a.k.a. the Ghost Rider and champion bull rider, should be the happiest cowboy alive, but when he left home ten years ago to make it big, he said goodbye to the only woman he has ever loved. He's had his eight seconds of glory, but without Jolie Lockhart by his side, the wins mean nothing.
He's been given an opportunity to return home to Skeeter Blue for one last rodeo. He believes fate has sent him there and he'll have a second chance with Jolie, but nothing goes as planned. He soon realizes staying seated on a bull for eight seconds may prove much simpler than winning Jolie's heart.
** Read an Excerpt of Rodeo Blues

Perhaps stories about Outlaws and Lawmen intrigue you. Sheriff Jace Kelly's wife died birthing his remarkable daughter, Emma. She inherited the families' seer abilities. At six years old, she can't tell the difference between a vision and an ordinary dream. So Jace doesn't put much faith in Emma's recent premonition: marriage for him and a new mother for her.

When JoBeth Riley arrives, Emma is convinced she's the woman in her dream: dark hair, green eyes, and shamrocks in her pocket. There's one problem – she's the notorious outlaw, Baby Face Jo. Her stay in town is meant to keep Shane Maverick, the leader of the outlaw gang, from finding her before the authorities devise a plan to capture him.

JoBeth finds the Kellys a strange lot. A little girl, who believes her dreams are tales of the future and the rugged sheriff whose kindness proves a distraction. She's an outlaw, for heaven's sake, but Jace is bound and determined to steal her heart.

***Read an Excerpt of WANTED.