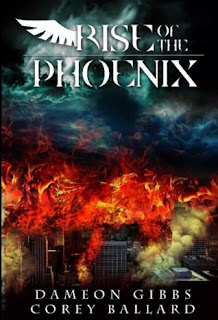 I truly loved Edge and his crew. They reminded me of the A-Team and the Losers—both favorites of this reader. I especially love their sense of humor in the midst of danger, and the way they interact with each other. Their banter was never forced, giving you the sense that these guys have been together for a long time, and they work so well as one deadly unit. All of the characters are three dimensional, making them interesting, and making you care what happens to them. You'll definitely root for Tucker and Edge, and will anxiously look forward to Rise of the Phoenix, Act II.

In Act One, the readers will be swept into a fast-paced cat and mouse game of suspense. The author paints vivid true-to-life scenes that are worthy of the big screen. CIA Analyst, Tucker and Delta Force Op Sft, Edge are the stars of the story. They are both different in every way, but both brilliant in what they do, and they both have one goal in common. They plan on bringing down a mysterious organization that wants to destroy America. These men won't be defeated without giving it their best.

Purchase a copy at Amazon / Barnes and Noble / Lulu

Dameon Gibbs holds an BA in Anthropology and World History and an MA in Classical Studies. For the past five years he has worked with inner-city youth in Baltimore, Maryland. He has been an avid writer since his days in high school during the late 1990's. He enjoys the creative process of all writing genres, whether it be religious, poetic, science fiction, historical, biographies or action adventure. 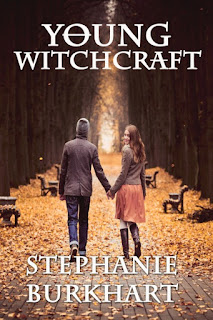 Rachel's secret would have Cotton Mather rolling over in his grave. She's been raised from an early age to use magic for good, despite her temptation to cast a spell against Phil the bully who can't stop teasing her.

Joe thinks Rachel is cool, especially when she weaves her healing magic spells on him, but he's got his own problems. It's not easy keeping Rachel safe from Phil's constant threats.

When Phil poisons Rachel, can love and little young witchcraft bring Rachel and Joe together or have years of Phil's bullying ruined their relationship for good? 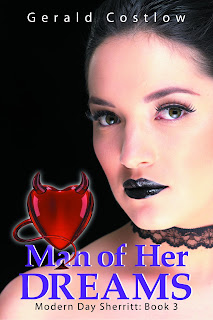 Anise and Charlene are living the busy lives of young Goth women trying to juggle college and jobs and – in their case – training as apprentice Sherritt witches under the tutelage of Anise's mother, Annabel.

Then over Thanksgiving break, the girls encounter a young man named Donnie who claims to be running from a demon – a demon sent by the Devil himself. They might have dismissed the man as deluded, but Anise recognizes him from her dreams. He is the perfect lover she's been dreaming of night after night.

Now the witches are involved in a deadly game of hide-and-seek, discovering they have only days to figure out how to help Donnie. Are even the famous Sherritt witches up to the challenge? Third in the Modern Day Sherritt series.  Purchase a copy at Amazon. 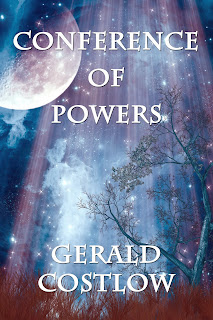 Conference of Powers by Gerald Costlow

Join the Elf King, the Ice Queen, Keyotie, and Shadow in an old-fashioned pileup of mislaid plans and harebrained schemes gone awry. Witches, wizards, and other powers of the land are invited to the Royal Palace to partake in a conference, proving anything that can go wrong will go wrong – with comedic results.

The second in the Plethory of Powers series. Purchase a copy at Amazon. 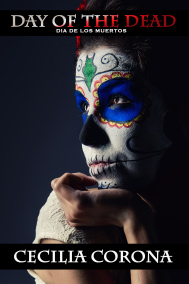 The Day of the Dead takes on a new meaning, when the dead don't stay dead. Dr. Valentina Bellmonte, a cancer survivor, is the new coroner at Hope Memorial. Her faith is put to the test when a body arrives at the morgue drained of blood and the man responsible for the crime is sporting fangs. Could vampires be real?

Her good friend, Dr. Xander Carlisle seems to know the truth, but he's unwilling to confide in her. He has a secret of his own and it's not just how he feels about her, but something else entirely, something he's forbidden to reveal.  Purchase a copy at Amazon. 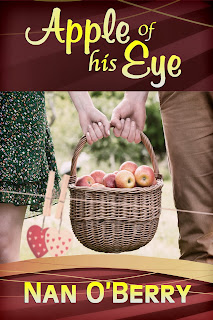 Apple of His Eye by Nan O'Berry

Callie Dalton's truck runs out of gas on the road to her family's fruit stand. When a forestry agent Marshall Albright comes to her rescue, little does she know that he is the grandson of her grandfather's worst enemy, Brice Huntington. It seems the Dalton's and Huntington's have been waging a feud for the past twenty-nine years, ever since Laura Huntington left Stephen Dalton at the altar.

Falling in love was the easy part; the hard part is going to be keeping their grandparents from confronting one another. Can their love bring these two warring factions together?
Purchase a copy at Amazon. 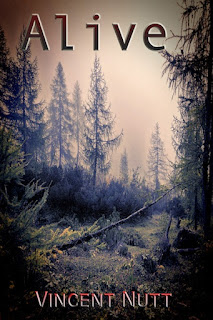 A mutated form of Cholera infects the world, creating zeeks, zombielike creatures in every respect. The group I'm with has traveled far. We've all lost those we've held dear along the way, but when life is unpredictable, anything can happen... This Thanksgiving brings new friends into our lives, and a fresh look at what tomorrow may bring.  Purchase a copy at Amazon. 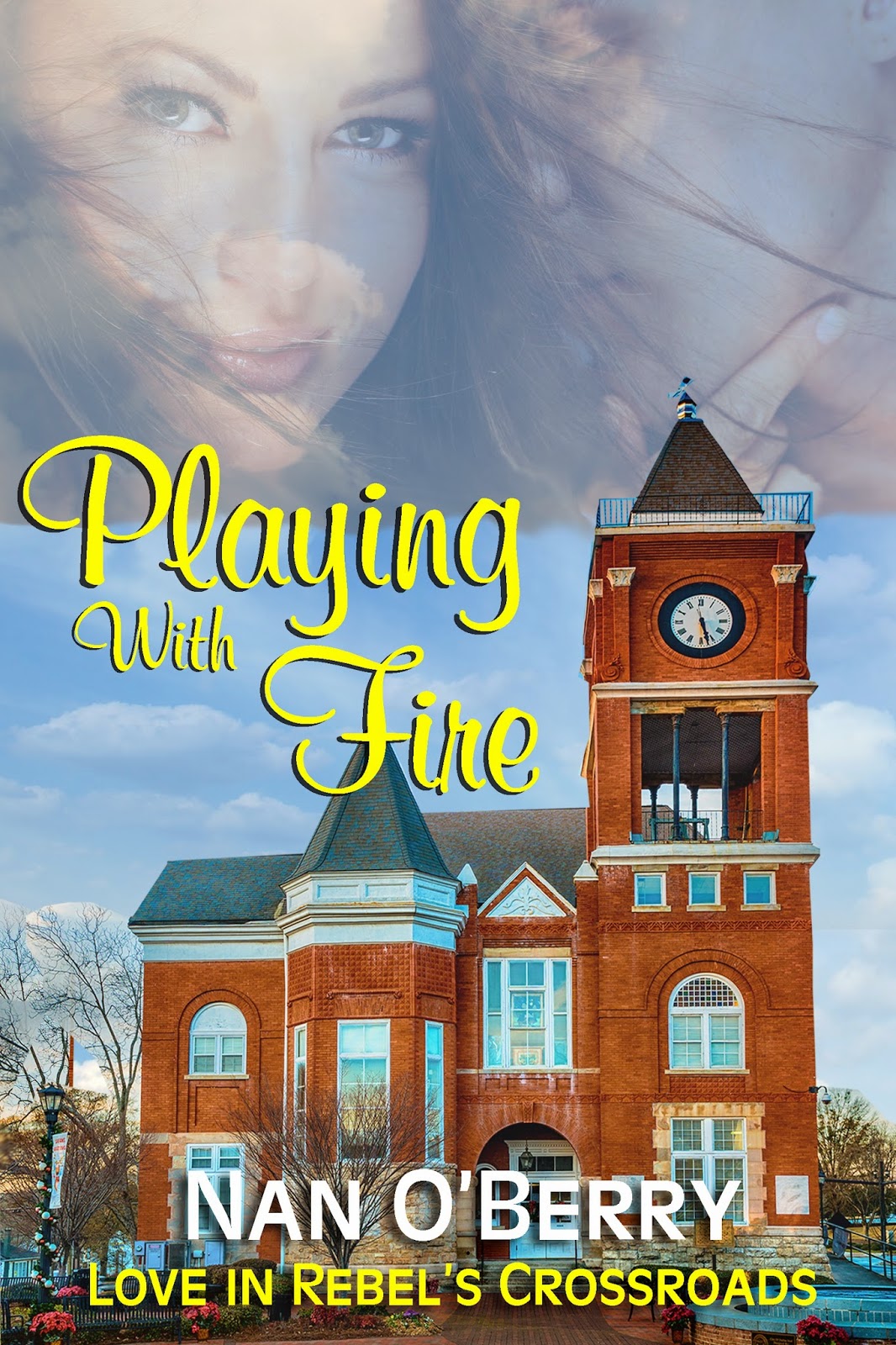 Sometimes a man can get burnt playing with fire. Patrick Sullivan can't get enough of newcomer Mitzi Stancil after her kitchen catches fire and he comes to her rescue. A onetime Broadway gypsy, Mitzi has returned, just like Dorothy Gayle, to find home.

When the musical director of the Founder's Day pageant is called out of town, Mayor Moore recruits
Mitzi to 'save the play'. But will her budding romance go up in flames when Ezra Brooks makes a play for her? Can the town bring these two lovers back together when a misunderstanding threatens to tear them apart?

Purchase a copy at: Amazon / Smashwords

Posted by Karen Michelle Nutt at 11:39 AM No comments: