KAREN: We have the talented Rebecca J. Vickery in the house! Enjoy her tale. Trust me, you don't want this beast released. :) Win copies of Rebecca's tales by entering the Rafflecopter.

Smash! The outer layer of windshield cracked and hairline fractures crawled along the glass. Would it withstand another hit? He didn't know, but leapt into the back seat, just in case. A loud howl preceded the next blow and the inner layer splintered and caved in. One more blow and the beast would be in the car. Then what? 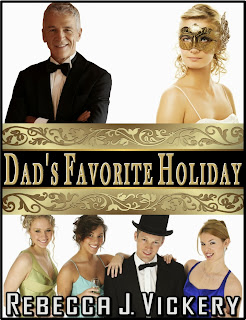 Jacob trembled, cowering in the rear seat. Have mercy, what a week! All he'd wanted to do was spend a quiet day on the sofa watching the games before taking the kids around the neighborhood in their Halloween costumes. After that, he planned to see the cute girl he met last week. She promised to wear her Betty Boop costume for him.

Just as he expected, the next blow knocked the entire windshield onto the dash in a shower of safety glass. As the beast clambered onto the hood and shoved through the opening, Jacob did the only thing he could. He threw open the back door and jumped out, evading the talon-shaped claws by scant inches. Running flat out, while not daring to look back, he headed for the busiest section of town. Surely, the beast wouldn't pursue him there.

Then Jacob heard howling grunts and swiftly pounding feet. The beast was fast. Jacob knew it would also be relentless. This furious beast would track him to the ends of the Earth. He couldn't tell if the heat on the back of his neck came from his own exertion or the monster breathing down on him.
Dodging into a coffee shop, Jacob hid in the shadow of a huge coffee urn. The beast ran past the door. A sigh of relief escaped. Jacob ordered a coffee so he could hide there a while longer. His hands shook; he spilled hot liquid over his fingers. When the beast didn't return, he slid into a booth near the back to think about his next move.

The office was out. The beast would find him there. He couldn't go home. He'd actually unleashed the beast there. Then he made it to the car, for all the good that did him.

Suddenly the hum of conversation in the shop went silent, everyone stared toward the door.

"Oh crap," Jacob whined as he considered whether he should dive beneath the table or run for the back door.

The beast stood in the open doorway. The red-rimmed, piercing eyes shot sparks as it stared about, looking for him. Nostrils flared, it scented the air searching for his scent. Sharp, white teeth showed as the quivering, angry creature panted for breath. It lurched forward one step, then another.

Customers and employees shuffled backward and out of the way, watching to see who would be the prey. Each one thankful when the beast passed them by, they slipped out without a hint of remorse.
Jacob ran, but the double chain and padlock on the back door halted his progress. Have these people not heard of fire exit laws? He turned to face the beast, back against the door, uncontrollable tremors wracking his body. His eyes shifted back and forth seeking help from any quarter, but there was none.

The beast slavered over him as he fell to his knees. His heart pounded in terror.

The beast growled as it reached for him, "You two-timing liar! I want the house, the kids, the bank accounts, and your cheating butt in a sling." 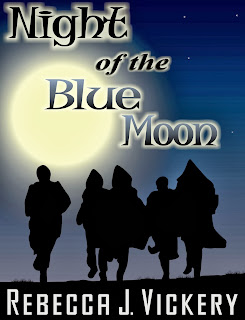 About the Author
Rebecca J. Vickery writes contemporary romance with a twist of the paranormal (special gifts), adventure, mystery, or suspense along the way to a happy ever after ending. She has also added speculative fiction and suspense short stories to her list and is enjoying the new challenge.

Rebecca founded Victory Tales Press, a small Independent Press through which a select group of authors have published several romance anthologies. She also began an Indie-Publishing Press simply called Publishing by Rebecca J. Vickery for carefully chosen fiction and non-fiction. Her most recent project is the founding of Western Trail Blazer, an Indie-Publishing Press designed to help revive tales of the American West for coming generations.

Married to the same extremely patient man since 1975, Rebecca has one son and three wonderful grandchildren. She is the primary caregiver for her mother and a firm believer in the saving grace of God. 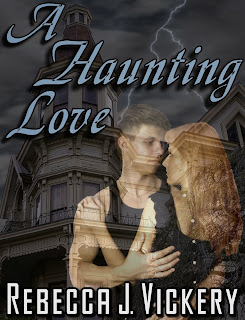 LOL Yeah, I can see why this beast might make him quiver and hide. Hell hath no fury and all that...

Oh my gosh, that was a good one, laughed when I got to the ending.

LOL Becca! I needed a good laugh this morning and this was it!
Cheryl

A great story, and a fitting warning to all husbands! I enjoyed the read!

Rebecca has a great sense of humor, doesn't she?

Ah, the nasty twist Rebecca is famous for is in full display! Nicely done.

I loved the excerpt. It started out in terror and ended with me saying, "Way to go!"

And I'm suppose to go to bed now? It will be a while before these chills stop.

But wait a minute. I have nothing to worry about. I'm a woman. How do you spell relief?

Way to go, Rebecca. You scared me and good.

Too funny! I didn't see this one coming!

Love it! Did not see that coming!