KAREN: Gerald Costlow is a multi-published author of paranormal romances. His tale will surely cast a spell on you.

****Giveaway: Two lucky readers who leave comments will win print copies of the VTP 2012 Paranormal Collection that includes the story (Magic Words) where Annabel, a character in the flash fiction, first appears.


Friends for Life By Gerald Costlow

An old woman slid onto the seat next to Jennie as the Greyhound pulled out of the bus station.
“One thing you got to know about curses,” the woman said, “is that curses have a life of their own.  Care for a slice of apple?”
Jennie heard the juicy sound of something succulent being sliced and smelled the apple.  For the first time in months, she felt hungry.  The old woman smiled and held out a slice.  Jennie took it and murmured her thanks.  It tasted fantastic.  Too bad it wasn’t going to stay down.
“Name’s Annabel Sherritt,” the woman said.  “Just call me Gran.  What’s your name?”
“Jennie…Smith,” she replied, almost giving out her real name.  Great.  Why don’t I just say, “Hi, I’m Jennie Walker, an escaped lunatic from a mental ward.  Maybe you’ve heard of me?  I killed my best friend.”
“Well, Jennie,” the woman continued, “as I was saying, the first thing you need to know is, curses have a life of their own.  Think of them as a big old invisible tick sucking the goodness out of your life.”
And they call me crazy?  Jennie stared at the rest of the apple in the old woman’s hand.  The nausea that followed an attempt to eat wasn’t showing up yet.  “I don’t believe in curses…Gran,” she said.  “Can I have another slice?”
“Here, take the rest.  You’re nothing but skin and bones, girl.”  The woman handed over the apple.  She bit into it and stared out the window.  The bus was on a highway out of town, taking her away from the nurses with their forced smiles and sympathetic voices while they strapped her to the bed and brought out the feeding tubes.
“So you know all about curses, do you, Gran?”
“Sure do.  For instance, the second thing you need to know is, it takes a person with a special talent to create one.  Even then, a curse can only be created with a dying breath.  The talent runs in families.”  The woman leaned over and placed a hand on Jennie’s arm.  “I have the talent, and my niece Elizabeth had a touch of it, rest her soul.  Elizabeth died several months ago.  Hanged herself, poor child.”
Jennie would have jumped up and screamed to be let off the bus, but Gran had a surprisingly strong grip on her arm.  “You’re Liz’s aunt?  She used to talk about you.  Claimed you were some sort of witch.  You’re here to take me back to that loony bin?”
Gran let go of her arm and patted her on the leg.  “All I want is to talk.  Tell me what happened.”
Jennie looked down at the apple core in her hands.  “I never thought it would go that far.  It’s just, Liz was different and everybody…”  No more words came out.
“Let me give it a shot,” Gran said.  “You two were best friends.  Then you got to high school, and she was overweight and awkward and shy, while you were pretty and athletic and joined the cheerleading squad and had lots of new friends.  She tried to fit in where she wasn’t wanted and that’s all it took.  Once the teasing started, it became something everyone did for fun and you got swept along.”
Jennie continued to stare at her hands.  “I told her the other kids were making fun of her.  I warned her to stay away.”
“But she didn’t.  And then one night she called and told you that your boyfriend Mark had gotten her alone in his car and tried to rape her, and you said she was lying and not to ever talk to you again and she said she was going to kill herself and you said go ahead, not believing her.  But she did.  She left a note, but all it said was that it was your fault.  Ever since then, you throw up anything you eat.”
She jerked her head up to stare at this woman.  “I never told anyone else about what Mark did.  I broke up with him after that.”
Gran rummaged around in the bag and produced an orange this time.  “The third thing you have to know about curses is, they’re made of hate.  Elizabeth hated you with her dying breath and created it, but it’s the hate you feel for yourself that keeps it alive.”  She started peeling the orange.  “As for how I knew… People with the talent to make curses can also see spirits.  Like to swallowed my toothbrush when she popped up in my bathroom mirror and asked me to help her best friend.”  She held out a piece of orange.  “Here, you need the vitamins.”
“Wish I could believe you,” Jennie said.  “I think she wrote you a letter before she killed herself, and for some reason you’re playing games with me.”  The smell of the orange made her gag and a familiar nausea began to arise.  “I made Liz kill herself.  She died hating me.  You can’t change that.”
“Maybe not.  Won’t know unless we try.”  Gran reached over and took her hand.  “Look at the reflection in the window and tell me what you see.”
At first all she saw were trees and fields zipping by, but then she focused on the glass and saw her own reflection and Gran sitting beside her--and standing behind Gran was Liz, good old overweight, plain, awkward Liz, smiling and waving at her.
“Hate comes and goes,” Gran said, “but the love of a good friend tends to hang around.  She knows you’re sorry.  She forgives you and wants you to forgive yourself.  That’s all it takes to lift the curse.”
Several of the other passengers eventually asked Gran if the young woman crying on her shoulder was all right.  It took some explaining to convince them that it was the first time she’d been all right in quite a while. 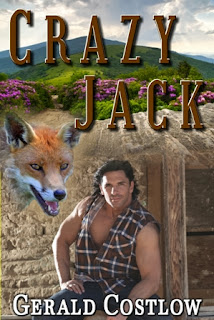 About the Book:    Set in 1920s Appalachia, a man known only as Crazy Jack claims animal spirits can take over his mind and body. Elizabeth is one of the Sherritt witches, a young woman living in a shack far back on the ridge, struggling to make ends meet while raising her orphaned nephew. Crazy Jack asks her to marry him. She loves Jack, but wonders what sort of husband such an obviously crazy man would make.

Then Crazy Jack is accused of murder. The sheriff wants him in jail if the murdered man's kin doesn't track him down and lynch him first. Elizabeth is the only person around who believes him when he denies killing anyone.

Elizabeth must depend upon the powers of her clan and a special friend named Balaam to help prove Jack's innocence and keep the entire mountain from erupting into a blood feud. Purchase a copy of at Amazon. 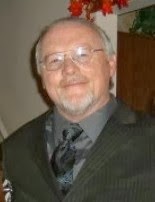 ABOUT THE AUTHOR:
Gerald Costlow lives in Michigan with his wife, several kids, and three dogs. His first two novels were  published in 2011 and since then his work has appeared in anthologies and elsewhere, including  an ongoing series of supernatural romance novels set in 1920s Appalachia.  His latest novel in this series, Crazy Jack, can be found at AMAZON and other fine online bookstores.

To find out more about this author and his work, visit his publisher's page at ONCE UPON A WORD or his website THE WEAVING BLOGSPOT.
Posted by Karen Michelle Nutt at 12:00 AM

Thanks so much for participating in the flash fiction bash! Love your stories!

Glad to get complements from such an accomplished writer as yourself. I'll be popping in from time to time today and hope folks enjoy my little bit of flash fiction.

Great story!! I loved it! Thanks for sharing this with us. Loved the moral. :-)

Thanks! This was an experiment I tried in seeing how much of a story I could cram into a thousand words. I discovered eliminating a lot of adverbs and focusing on one viewpoint let me do it and I think actually improved the story from the initial 1500 or so in the first version.

That was a fantastic story, nice life lesson in there.

What an elegantly written story! I just loved it. And I absolutely HAVE to download Crazy Jack tonight. That's MY KIND OF BOOK!

I'm intrigued. I'll have to check out your books. cnickol@verizon.net

Crazy Jack is a great story. You're going to enjoy it. :)

So glad you could pop in and check out Gerald's tale!

Gerald does have a way with words. :)

Please do check out Gerald's books. You won't be disappointed. :)

Thanks to all of you. If you like this, and perhaps also enjoy Crazy Jack, there are also several short stories you can acquire cheap to explore the world of the Appalachia Witches.

You've drawn me in...very interesting. Thanks! :)

Such a wonderful combination of scary and tender in this story.

Mary and Theresa, thanks for taking the time to comment. I was hoping as the story unfolds, people would be pleasantly surprised as it developed into something other than the standard revenge story.

I really liked this story. It's nice to find new authors to read.

I loved the story. Thank you.

That was a wonderful story, I cried at the ending. Wonderful flash fic.