The contest is closed and the winners of Torie James' giveaway are Jean MP for the Ebook and Rosemary Gemmell for the magnet! Congrats!

Karen: Torie James is an author at Breathless Press. Her debut novel, Timeless Night hit the book shelves in September and has fifteen five-stars ratings! In her flash fiction tale, Circle Jerking on Level 7, Avan's day takes an unexpected turn when she attends FearCon on Halloween. She's in for one hell of a night.

Giveaway: An Ebook copy of Timeless Night  and an autographed magnet  of the book cover as well! (USA only for this prize.) Read on and find out how you may add these great prizes to your goody bag!

Don't forget to enter the Rafflecopter daily for extra chances to win one of the Grand Prizes! 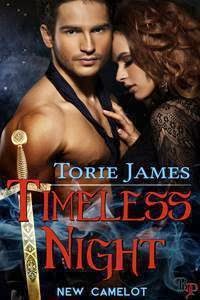 In an epic battle of good versus evil, one woman finds herself the focal point of a magical feud. Sabrina thought she knew who she was until a knight of long ago returns to steal her heart.

If you could live forever, what would you choose to live for? I chose love...

A silent guardian, Alexander has walked the corridors of time in pursuit of an end to a haunting prophecy. Sabrina has lived a life surrounded by modern magic, unaware that the greatest and deadliest of powers reside within her own soul. If it only takes the light of love to ignite the stars, what of the decadent seduction of darkness? All roads don’t lead home and some myths only grow into legend.


Purchase a copy of Timeless Night at:

Giveaway: An Ebook copy of Timeless Night  and an autographed magnet  of the book cover as well! (USA only for this prize.) All you have to do is answer this question: What's your favorite Halloween costume? Don't have one? Just leave a comment. And don't forget to leave your email so Torie can contact you if you should win!  Good Luck! 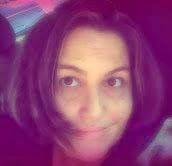 
Torie James is a native Californian who lives in Anaheim with her family, numerous pets and an obsessive chocolate habit that needs to be fed or people get hurt. Her debut novel, Timeless Night, was released on September 20, 2013 by Breathless Press. If you'd like to keep up with her, you can track her down at any of the following.
Facebook

Really enjoyed that story, Torie - and loved the twist ending!

What a great story, didn't see that ending coming!
Favorite Halloween costume is a witch.
skpetal at hotmail dot com

Thanks so much for joining the bash! I didn't know where your story was going and what a surprise it was. Loved the twist. :)

My favorite Halloween costume as a kid was when I dressed up as a vampire. I won a contest for that costume. :) Probably why it's my favorite. lol

I was Snow White one year for Halloween. Thanks for the giveaway! janaleah64@yahoo.com

Sounds so good! This is one battle i cant wait to read about! :D Great sounding story!
One of my favorite costumes was dressing gothic. The costume wasnt that great, but my two cousins, siblings and aunt all dressed up goth too. I remember how fun it was. Its one of the last times we really celebrated a holiday together. We were up half the night. Visiting tons of towns, eating way to much candy and staying up playing happy potter game. lol It was awesome! I miss the holidays! Thanks for sharing!
shadowluvs2read(at)gmail(dot)com

Super nice to meet you all! And thank you! I had fun writing it!

Enjoyed the story. I was surprised at the end.

My favorite Halloween costume was when I dressed up as a princess. My mother made the costume and it was really beautiful!

Don't have a fav costume

LOVE the story. What a twist that I didn't see coming.

I don't really have a fave costume, but this year, I was Mickey Mouse and my mom was Minnie. And we handmade the aprons for our costumes. Loved the story, great twist at the end.