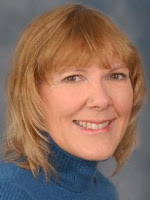 I'm pleased to announce one of my favorite authors decided to stop by and tell us about her wonderful tales! Let's give a warm welcome to Terry Spear!

Tell us a little about Author.

Terry Spear also writes true stories for adult and young adult audiences. She’s a retired lieutenant colonel in the U.S. Army Reserves and has an MBA from Monmouth University and a Bachelors in Business and Distinguished Military Graduate of West Texas A & M. She also creates award-winning teddy bears, Wilde & Woolly Bears, to include personalized bears designed to commemorate authors’ books. When she’s not writing or making bears, she’s teaching online writing courses.

With all your published works and different genres, who’s your favorite character? The hero I'm just getting to know. :) So right now, it's Chester McKinley in Wolf Fever, Book 6. I love it when they start out as a virtually unknown character, although he has a part in Destiny of the Wolf, then add more layers to the character until he's complicated, sexy, and real. :)

How many books will be in your lupus garou/werewolf series? ??? As many as my publisher will allow! :) Right now I have sold 8. But my editor asked if I'd consider writing two more in the Highland wolf stories, so once I get somewhere in Taming the Highland Wolf, I'll be sending her a couple of more proposals.

y Liaisons, you have more than a few hunky vampires. Are there more stories in the works that involve your vampires? Will there be mystery and intrigue involved in these stories as well? I have Huntress for Hire I'm still editing, and Forbidden Love. Both chocked full of sexy vampires and yep, both romantic suspenses!

Who is your favorite vampire of all time? Frank Langella as Dracula. He's getting old now, but he's pretty sexy. Although I loved the ones in Interview with a Vampire also. Your favorite werewolf? (Other than your hunky heroes) I never read any werewolf stories before I wrote my own, just saw some in horror pictures, or spoofs on horror pictures. So can't say that I've had any favorite werewolf characters from other books. The ones I saw were definitely the monster kind, not romantic in the least. :)

(This is a fan question from my daughter and her friends)-- :) You write about werewolves and vampires. If you found out your soul mate happened to be one or the other of these supernatural creatures, which one would you prefer he’d be and why? *sigh* I should have known the girls would give me a really tough question like that. Hmm, okay, I asked my son and he said that he thought that vampires were more sophisticated, which made me think thus--if I preferred elegant balls and the opera, and the more sophisticated way of life--the vampire would be my soul mate. If I were more of a rugged type who loved to hike and live in the wilderness, who preferred out of the way taverns, and folk music and tenting, my soul mate would be a werewolf. :) And if I'm like me who loves both, I'd have a really tough time choosing between the two! Tell your daughter and her friends that that was a terrific question! :)

Tell us about your new murder mystery with The Wild Rose Press: Relative Danger. I've always loved Agatha Christie and her whodunits, but I wanted to write something that was sexy and romantic.

What do you find most rewarding about your writing? Sharing my stories with the world, hearing back fro

m fans who want to read more, creating other worlds readers get lost in. Just like I love to read other authors' works and fall into their worlds.

What are your current projects and works in progress? Right now I'm working on Wolf Fever, Book 6 in the werewolf series. I want to write The Vampire...In My Nightmares, but I also have two more contracted books to write: Taming the Highland Wolf and Dreaming of the Wolf.

Tell the readers where they can find you: www.terryspear.com

Is there anything else you’d like to tell the readers? If there are characters you want to see more of, I'd love to hear it! Sometimes they end up having their own books, like Carol Wood in Wolf Fever, and Jake Silver in Dreaming of the Wolf, both of Destiny of the Wolf. This was based on fans' requests. :)

Thanks so much for having me, Karen! Hope everyone has a terrific holiday season!

To Tempt the Wolf
Sourcebooks Casablanca
September 1, 2009 Release!
Wildlife photographer, Tessa Anderson has to prove her brother is innocent of the murder charges against him. But when she discovers a half-dead, naked man on her beach who looks like a mythical Greek god, she’s got a whole world of new troubles to deal with, least of all how he affects her with just a look, a touch, a whispered word.

All Hunter Greymere remembers when the enticing female human rescues him is a he’s lupus garou. Whether he was pushed from the Oregon cliffs or fell is a mystery. Intending to keep a low profile at Tessa’s cabin on the coast, he’s drawn into her troubles while investigating the truth about his own past. But he finds that living with humans causes more problems than he ever believed possible. His animal instincts war with his human half–he wants the intriguing woman, who attracts male lupus garous like one of his own kind, but he knows he can’t have her for good–unless she becomes one of them.

Secrets abound in the quiet coastal community, but can Tessa and Hunter uncover the truths before it’s too late?

Posted by Karen Michelle Nutt at 5:33 AM

Karen: The soulmate question was a great one.

My daughter wanted to know since you couldn't pick between a vampire or a werewolf, perhaps a hybrid like in Underworld would be the perfect soulmate. lol

Love werewolves and stories that involve them. But I like the lovable ones. (grin)

Hi Carol! Thanks! Yeah, my critique partners teased me, saying I could take a moving van of my mss and sell them that way. :)

LOL, Karen. Well, my vampires do change into a wolf when they want to shift...so, guess that would work!! Best of both worlds!

Hi, Mary! Yeah, I love the lovable ones too....that keep you warm on a cold wintry night, and protect you from all the bad stuff out there. :)

Terry,
I was lucky enough to win a copy of your first wolf book in a prize package from Dani Harper and I was immediately hooked. I'm looking forward to exploring your other stories. BTW, wolves win over vampires in my book, lol.

Wow your books sound great can't wait to get them.there on my list of books to get when i can.I do have trouble picking one over the other .I still don't know which i would pick.
sasluvbooks(at)yahoo(dot)com

Hi Terry and Karen! Terry is a "new to me" author! But the books sound great! Paranormal romantic suspense! Yes! I am putting you on my list to get in January when I am slowing down the review schedule so I can read some books JUST for me! :0 BTW - Thanks for your service to our country!

Hi SciFicat! Thanks so much! I'm thrilled you loved the first book. :) I'll keep them coming! :) I need to make a t-shirt: Dancing with Werewolves! :)

Stacey, thanks and I'm excited you're interested in taking the plunge into my worlds! I really love both. Since all I ever saw in the beginning were vampires that were sexy...it took me a while to think of werewolves in that way. My basis for loving wolves was reading Jack London's tales and realizing they were only human too. :)

Woohoo, thanks so much, MarthaE! I'm thrilled you're interested in reading them. :) And the New Year sounds like a winning time since Deadly Liaisons will be out in January, and Legend of the White Wolf in February! :) Thanks about my military service! I did things I would never have done--rappelling and orienteering, learning to shoot various weapons, a little hand to hand combat, that I can use in my stories to make them more realistic. :)

Hi Terry, what a great interview..I feel I was the person asking the questions..they are some I would had asked. Thanks for answers and taking time to be here for all of us. I am looking forward to reading more of your books..Tempt The Wolf is the only one I read and I loved that book. I am keeping it to re read some time again and this is something I do not do..Your book will be en exception. susan L

Great interview! I loved your daughter's question, Karen! Too funny!

What would be your answer, Miss KMN? LOL

I think I'd be all for the werewolf. AS long as he didn't clog up the shower or leave a shed pile in bed, why the heck not?! *wink wink*

You always have such fun blogs!

Terry, I picked up your Heart of The Wolf and plan on reading it after I get through the research book I'm reading. LOL Kind of like a carrot urging me to get my work done!!

Hey, Sarah, I agree a carrot is always a great incentive!!! :) I won't allow myself the pleasure of reading someone else's book or watch a movie usually,until I've got my word count for the day. :) It helps me to keep on track with deadlines looming! Although when it comes to research I get lost in the fun of it sometimes!!! And thanks! Enjoy HOW! :) Oh, and as to the shedding fur? Only allowed in the bathtub in human form. Now, in bed...well, a couple of instances where a wolf makes it into the bed, under special circumstances. :) Hospital beds too, but different stories. :)

Answer to your question--I would have to say I'd pick a werewolf. I'm an animal lover and if the werewolf could turn into one of Terry's gorgeous hunks--I'm all for it! lol